The unmanned X-37B, which resembles a miniature space shuttle, touched down at 7:47 a.m. EDT (1147 GMT) on a runway formerly used for landings of the now-mothballed space shuttles, the Air Force said in an email. 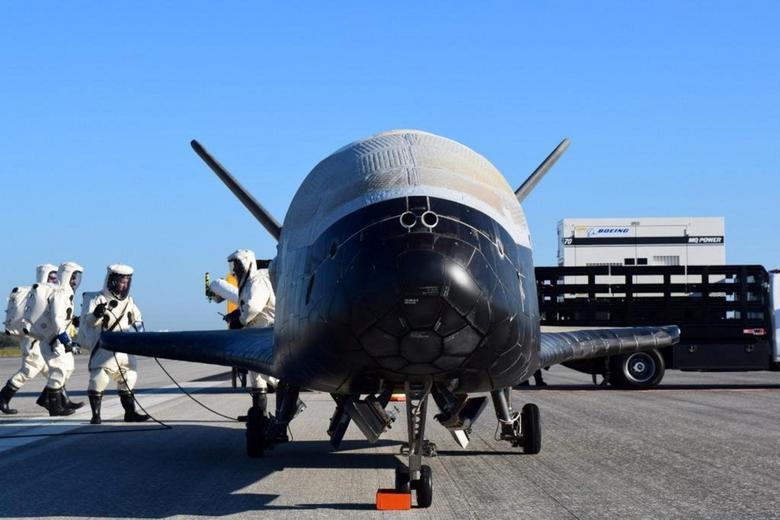