The collective computing power on his person at any time is equivalent to an office network.

We all have heard that the smartphone you play Candy Crush on, has more computing power than what was used to put man on the moon.

While true, It was only possible with specific technical requirements  that ran 30 volumes and  40,000 pages.  A single change required more paperwork than a phone-book !  There were also 4 identical computers that had to agree on every millisecond decision !

At the on-board shuttle group, about one-third of the process of writing software happens before anyone writes a line of code. NASA and the Lockheed Martin group agree in the most minute detail about everything the new code is supposed to do — and they commit that understanding to paper, with the kind of specificity and precision usually found in blueprints. Nothing in the specs is changed without agreement and understanding from both sides. And no coder changes a single line of code without specs carefully outlining the change. Take the upgrade of the software to permit the shuttle to navigate with Global Positioning Satellites, a change that involves just 1.5% of the program, or 6,366 lines of code. The specs for that one change run 2,500 pages, a volume thicker than a phone book. The specs for the current program fill 30 volumes and run 40,000 pages.

As the 120-ton space shuttle sits surrounded by almost 4 million pounds of rocket fuel, exhaling noxious fumes, visibly impatient to defy gravity, its on-board computers take command. Four identical machines, running identical software, pull information from thousands of sensors, make hundreds of milli-second decisions, vote on every decision, check with each other 250 times a second. A fifth computer, with different software, stands by to take control should the other four malfunction.

via They Write right stuff

Did you know that International Space Station is powered by the same computer on your desk and is connected to  Earth with the same Internet Speed as your home connection?

The ISS is equipped with approximately 100 IBM and Lenovo ThinkPad model A31 and T61P laptop computers. Each computer is a commercial off-the-shelf purchase which is then modified for safety and operation including updates to connectors, cooling and power to accommodate the station’s 28V DC power system and weightless environment. Heat generated by the laptops does not rise, but stagnates surrounding the laptop, so additional forced ventilation is required. Laptops aboard the ISS are connected to the station’s wireless LAN via Wi-Fi and are connected to the ground at 3 Mbit/s up and 10 Mbit/s down, comparable to home DSL connection speeds.

The operating system used for key station functions is the Debian version of Linux.[161] The migration from Microsoft Windows was made in May 2013 for reasons of reliability, stability and flexibility.

Do not look if you are can’t handle awesomeness !! 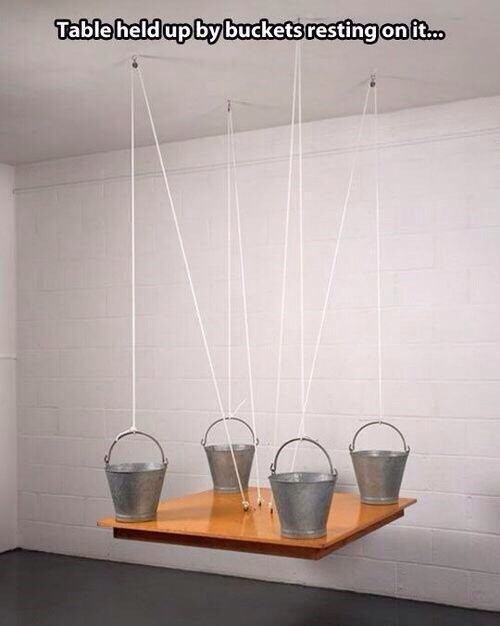 Feels good to be back !